Collaboration with students from the Chicago High School for the Arts, Chicago’s only public arts high school.  Students were invited to work in the studio for three months and constructed rafts from found materials in Hyde Park.  Topics of conversation ranged from immigration politics to the story of George Streeter beaching his steamboat in front of banker’s homes at the turn of the century, building his own island in the lake and inviting less than desirable tenants to occupy the land.  While he was eventually evicted the project attempted to intersect Streeter’s story by landing on the Gold Coast during beach volleyball season.  Unfortunately the Chicago Park District denied the project permit and the landing party sailed south to the fair shores of Gary Indiana.  The students created a blog to chronicle the project: http://placetostand.tumblr.com 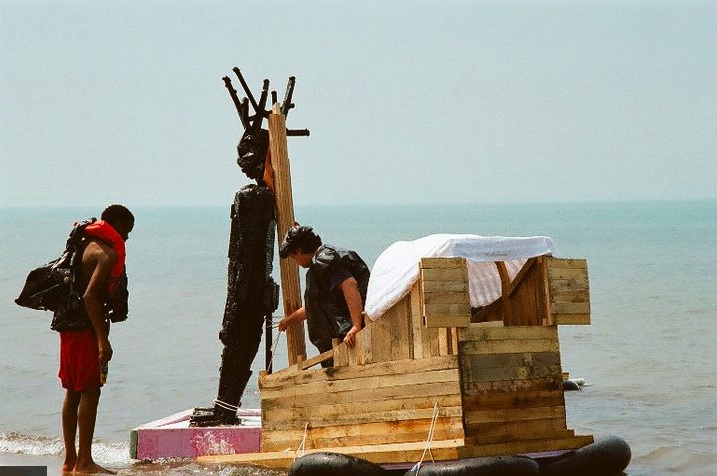 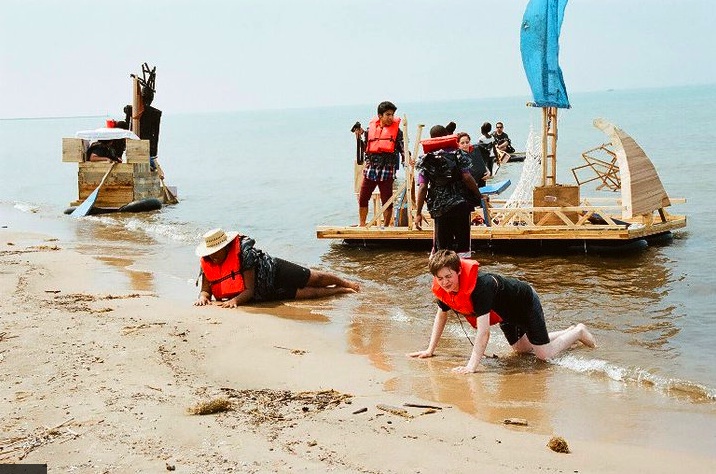 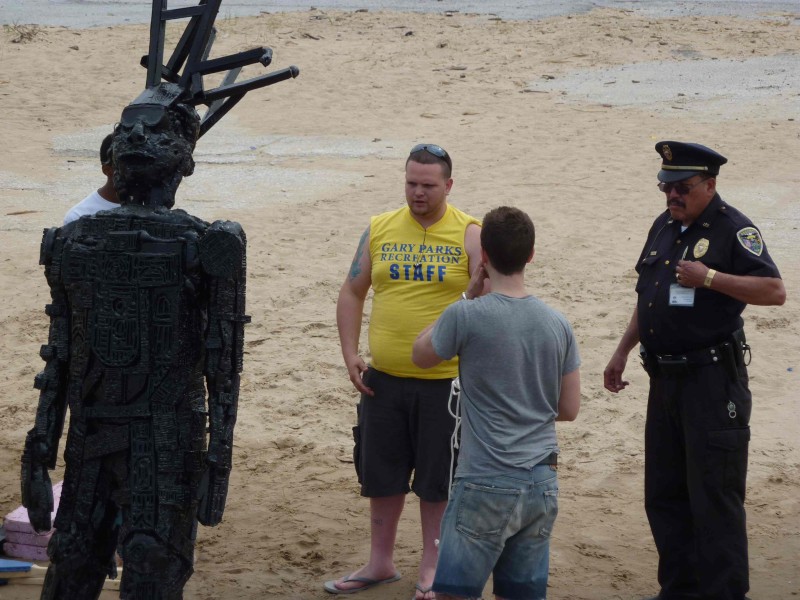 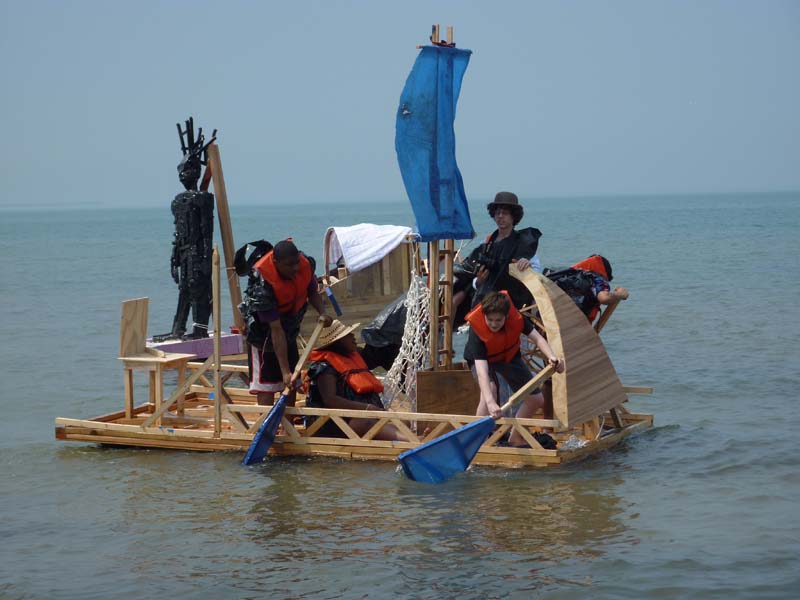 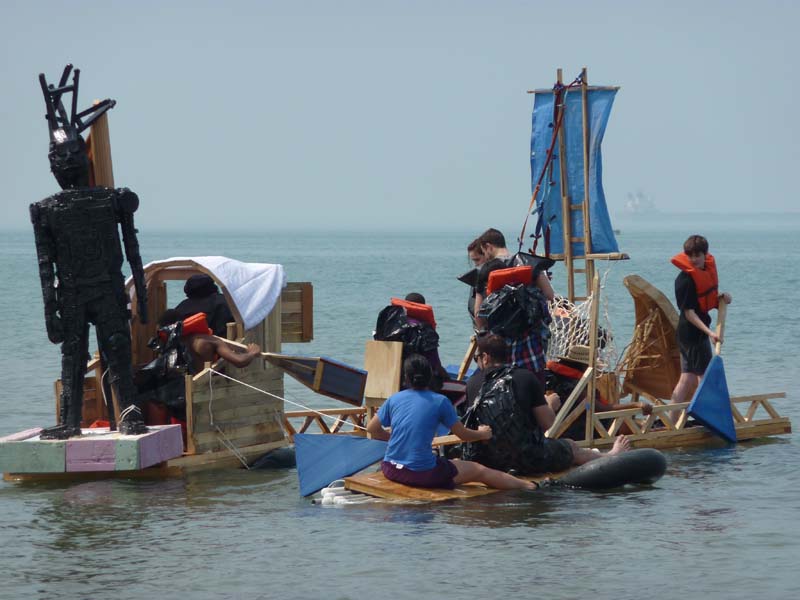