A half sized X-Wing fighter from the movie Star Wars partly inspired by early Star Wars scripts that had the protagonist Luke Skywalker as Luke Starkiller.  In its gallery iteration one goal was to make space a space-ship.  It was also used in a performance where the sculpture was brought to the 29th st beach in Chicago- the site of a 1919 drowning of a black boy who swam over an imaginary line in the water and was stoned to death by whites.  The incident set off rolling race riots throughout the city for seven days. 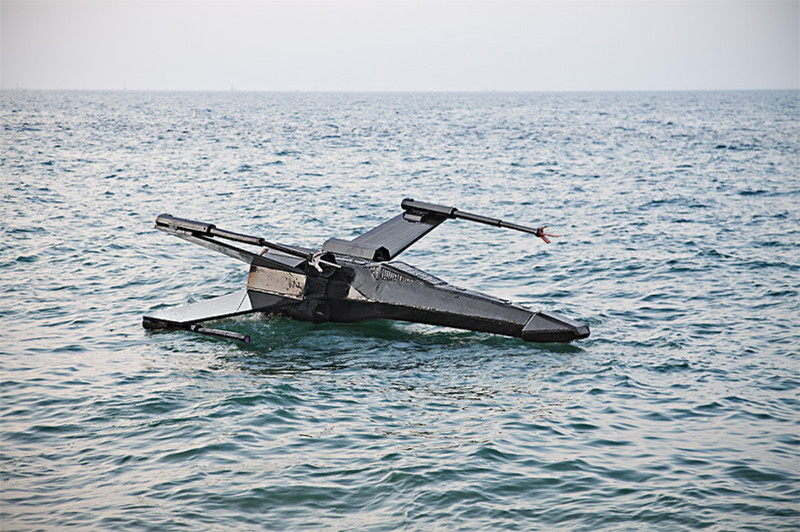 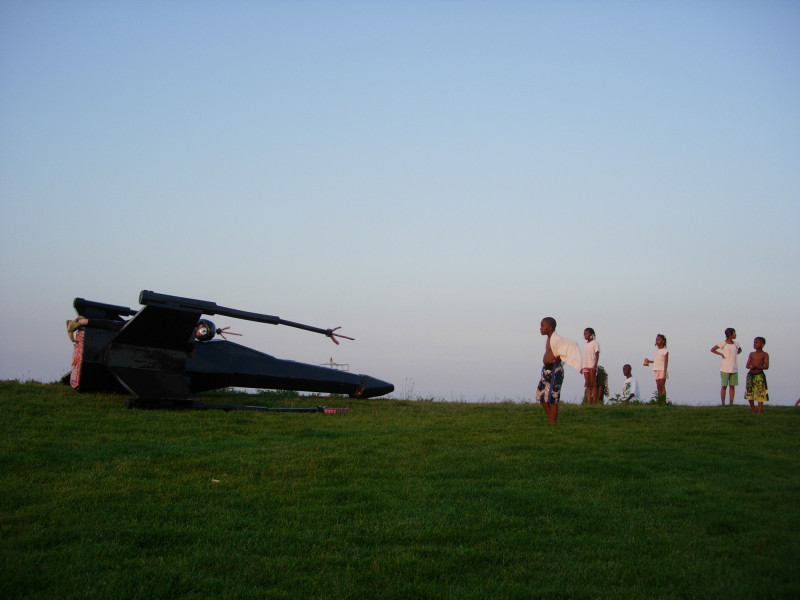 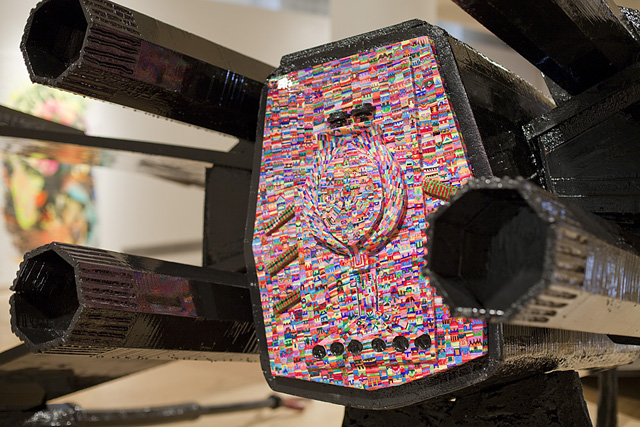 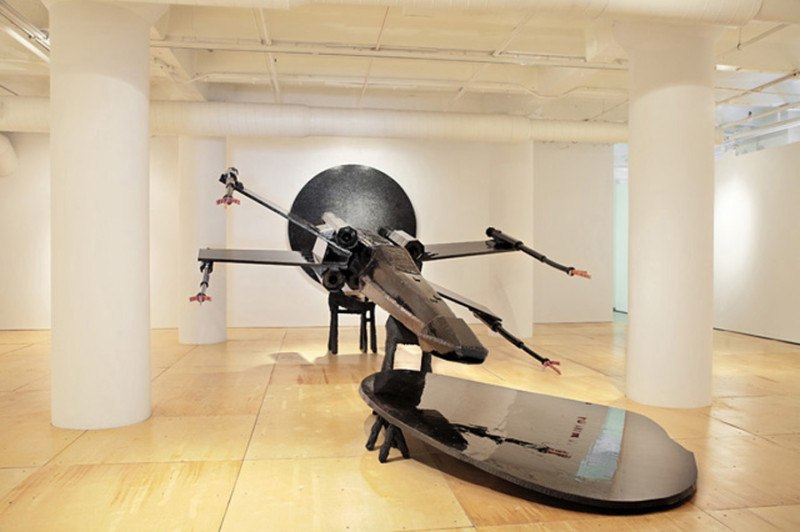